Scorpions are a heavy metal/hard rock band from Hannover, Germany, formed in 1965 by guitarist Rudolf Schenker, who is the band's only constant member.  They are known for their 1980s rock anthem "Rock You Like a Hurricane" and their singles "No One Like You", "Send Me an Angel", "Still Loving You", and "Wind of Change". The band was ranked #46 on VH1's Greatest Artists of Hard Rock program. "Rock You Like a Hurricane" is also #18 on VH1's list of the 100 Greatest Hard Rock Songs.

On January 24, 2010, after 46 years of performing, the band announced that they will be retiring after touring in support of their new album Sting in the Tail. They have sold over 100 million albums worldwide. 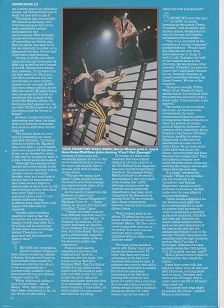