Quiet Riot is an American Heavy Metal band. They are best known for their hit singles "Metal Health" and "Cum On Feel the Noize". They were founded in 1973 by guitarist Randy Rhoads and bassist Kelly Garni, under the original name Mach 1, before changing the name to Little Women and finally Quiet Riot in May 1975. The original line-up featured lead vocalist Kevin DuBrow, Rhoads, Garni, and drummer Drew Forsyth. Their current line-up features no original members from the Randy Rhoads era, and consists of lead vocalist Mark Huff, drummer Frankie Banali, bassist Chuck Wright, and guitarist Alex Grossi. Both Banali and Wright are from the Metal Health era, as Wright played bass on two songs from the album Metal Health, including the hit song "Metal Health", and sang backing vocals on the entire album.

In a radio interview given by the band in 1979, DuBrow said the band's name was born of a conversation with Rick Parfitt of British band Status Quo in which Parfitt said he'd like to name a band "Quite Right". With his thick English accent, it sounded like he was saying "Quiet Riot". They are ranked at number 100 on VH1's "100 Greatest Artists of Hard Rock".

Kevin DuBrow, lead singer of the band for the majority of its existence, was found dead in his Las Vegas, Nevada home at approximately 5:20 p.m. on Sunday, November 25, 2007. The cause of death was ruled a cocaine overdose. Quiet Riot temporarily disbanded after his death, and was recently revived by Banali in 2010. 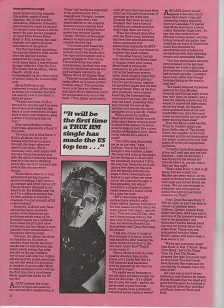