Poison is an American glam metal band that achieved great success in the mid-1980s to mid-1990s. To date, Poison have sold over 30 million records worldwide, and have sold 15 million records in the United States alone. The band has also charted ten singles to the Top 40 of the Billboard Hot 100, including six Top 10 singles and the Hot 100 number-one single, "Every Rose Has Its Thorn".

In the 2000s, with the original line up back together, the band found new popularity after a successful greatest hits reunion tour in 1999. The band toured almost every year in the 2000's to sold out stadiums and arenas. Since their debut in 1986, they have released eight studio albums, four live albums, five compilation albums, and have issued 28 singles to radio.

After 25 years, the band is still recording music and performing. 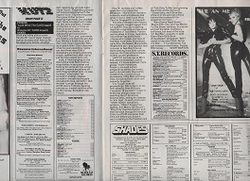 Look What The Cat Dragged In - Album Review