Matthew John Trippe claims that in June 1983, Mötley Crüe's managers Doc McGhee and Doug Thaler decided to bring him in as the new Nikki Sixx after Nikki was unable to continue due to a serious car crash.

In January 1988, he filed a lawsuit against McGhee Enterprises, Inc. citing civil theft and other relief, claiming royalties that were never paid for songs he said he wrote. These included "Danger", "Knock 'Em Dead Kid", "Girls Girls Girls", "You're All I Need", "Dancing on Glass", and "Wild Side".

In March 1989, Mötley Crüe recorded a demo for Dr. Feelgood called "Say Yeah." The song's lyrics, written by Nikki Sixx, are supposedly about Trippe and the lawsuit. The track later turned up on Supersonic and Demonic Relics (1999). 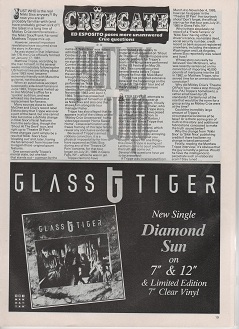