The Dan Reed Network is a funk rock band formed by Dan Reed in Portland, Oregon, United States, in 1984. The band signed to Mercury Records with the aid of Derek Shulman, (who was enjoying huge success with Bon Jovi and Cinderella), and were managed by legendary concert promoter Bill Graham. In winter 1987, the group released an eponymous debut album which was produced by Bruce Fairbairn (who had worked with Bon Jovi) and was engineered and mixed by Mike Fraser at Little Mountain Sound Studios in Vancouver. They released their first single "Ritual", which peaked to #38 on the Billboard Hot 100. 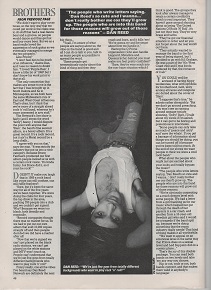