Alleycat Scratch was an American Glam metal band formed in San Francisco in the year of 1988. The band had never gained popularity or commercial success due to the grunge movement of the 1990s. Their music has been considered highly underrated. The band has only released two albums to date. Their debut album, Deadboys in Trash City has been considered some of the best Sleaze rock of the period, although it never gained commercial success. 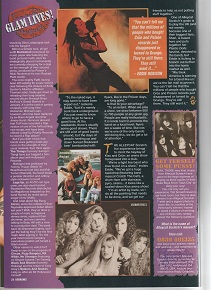